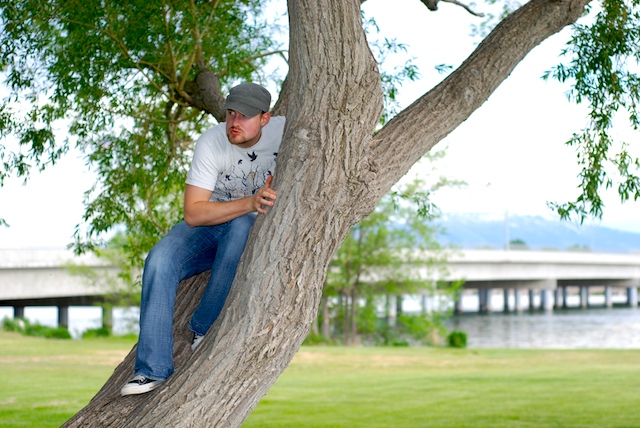 Me, getting back to nature in my small town by the river... look at the natural instincts coming through... intense!

I recently moved from one of the biggest metropolitan areas in the world, West Los Angeles, to a small town of roughly 9,000, Burley, Idaho.  I grew up in a Southern California suburb, which is somewhere in between, so I have a good perspective of the differences and advantages of each.  Most of our friends thought we would hate it or go crazy, but we have really enjoyed it.  Read on to find out why!

Warning: Be careful reading this, you just might notice yourself imagining the wonderful life that small towns can bring and find yourself craving small-town living!

Small towns are easily compared to a placid pond with a smooth surface.  It is largely undisturbed, conservative, and slow to change.  Big cities are much like the ocean, lots of change, movement, and such.  Imagine if you threw a small pebble into a placid pond.  It would create some ripples and be quite noticeable.  If you threw a boulder into the ocean no one would even notice a change to the wavy waters found there.  This sums up the differences between the impact you have in small towns versus large cities.

You can do small things in small towns and they have more impact and effect than seemingly large things you can do in large cities.  Now if you are planning to do lots of shady things then you are better off in a large city.

I am a fan of lists (they are easier to read), so here is my list of the benefits of small town living:

If you came from a small town you are probably missing it right now.  If you are crazy and stressed in a big city or even a suburb of a big city, then you may be wishing for some small-town living.